Volatility came back to the market this month with the Chicago Options Exchange Volatility Index (VIX Index) going over 20, reaching its highest point since May but the index has been decreasing since the spike. The VIX Index measures volatility expectations in the market in real time over the next 30 days; and its spike was caused by the U.S Federal Reserve’s (the Fed) hawkish commentary as well as an increase in Covid-19 cases globally.

The Fed increased their inflation forecast from a 2.4% annual rate to 3.4% by Q4 2021 which caused panic in the market for a while. What may have also added fuel to the fire was the Fed mentioning two potential interest rate increases by the end of 2023, a contrast from their March Federal Open Markets Committee (FOMC) meeting which showed that rates aren’t expected to increase until 2024.

The initial rotation we’ve been seeing this year from ‘growth’ stocks to ‘value’ stocks seems to have started reversing this month. As a result, MSCI World Value Index was down 0.6% and MSCI World Growth Index was up 4.1% for the month. The fund’s best performers for the month were all tech companies which were Nvidia which was up 18.3%, Adobe up 14.6% and PayPal up 12.8%. Nvidia’s shares have overall performed well since they released their results end of May and the share price rally could also be fuelled by its 4-for-1 stock split- similar to what we saw Tesla’s performance after announcing the stock split. Adobe released strong Q2 FY21 results which beat consensus market expectation during the month resulting in their shares going up. Quarterly revenue increased by 23% year-on-year to $3.8bn. Despite the company having high valuations, earnings and revenue growth is in the double-digit percentages and they’ve been repurchasing their outstanding shares over the years. PayPal’s shares were boosted by their announcement to merchants that they will be increasing prices on some of their new products by 2 August 2021. The company will charge 3.49% of transaction value plus 49 cents for their services, from their flat rate of 2.9% plus 30 cents fee.

The worst performers were Xiaomi down 6.2%, Lloyds Banking Group down 7.5% and our gold miner’s etf which was down 13.4%. Commodity prices fell because of Chinese regulators. China announced that they will be releasing their national reserves of zinc, aluminium and copper in order to crackdown on commodity hoarders and speculators who have been pushing the prices up. It must be noted that commodity price increases have also been fuelled by the global economy recovering from the pandemic and global liquidity. The decline also stemmed from the U.S. dollar strengthening during the month because of the Fed’s hawkish commentary.

We’ve started the process to concentrate our stock positions in the fund; so, we have been decreasing the position sizes of stocks which we have a lower conviction rate in and in some cases completely exited out of the position. We’ve also increased positions in stocks which have higher conviction rates but also have stable share price increases. The rotation in the market happens quickly so it is important that one does not time the market and is positioned well. We’re still expecting market volatility in the next few months so we will maintain a well-diversified portfolio. Overall, the fund is still maintaining a thematic approach towards our positioning and our long-term methodology has not changed. 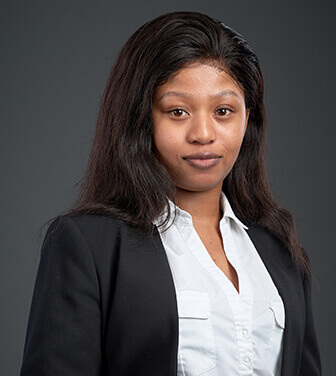